For week 21, Sally's (The Studio Sublime) prompt was: 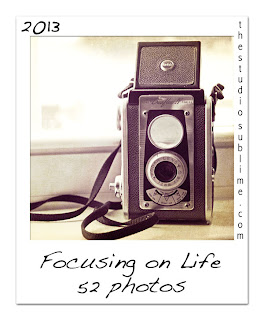 Reminisce.
"Have you ever been in the middle of a busy day and all of a sudden you run across a certain baked good, candy, flower or an object catches your attention and you are sent right back to you childhood? This week,...capture what takes you back to moments past and reminisce a little."
Oh, there were so many things.
Smells, sounds, tastes.
How do you capture those on film (camera)?
They're so sweet. They capture and hold.  You hear things,...smell,...feel. You're transformed back into another world. A world you once lived. One you experienced whole-heartedly. With raw emotion. You didn't know to protect,....you just were. There. Then. PURE.
And now, it's today.
Of all the things that I reminisce about,...experience,...go back to,...enjoy; there is always one that stops me in my tracks; captures and holds me like no other. It's a specific smell. And it it embodies so much,....
I was only 3 when we went to California.
It was the summer before my Mother passed away.
My sister tells me stories of Disneyland, the San Diego Zoo and driving up the coast. I really have only scarce memories of it, but strangely, I have very strong feelings of actually being in California.
Several years back, the hubby and I took our son to  California and when we walked into Disneyland, I felt like I was home.
I know,...it's a place of happiness, family, etc. but this was different. This was one of the last places I had been with my Mom,...significant places, anyway (even though I didn't really remember it) and there, all of a sudden, catching me totally off guard, among all the hustle and bustle, the crowds, the sounds, everything,...I felt at home and at peace. I felt like I was supposed to be there. Not just supposed to be there at that moment,...but that that was where I was meant to be. That was home.  I felt complete and happy.  Like everything was right with the world. I did not want to leave. Ever! That was rather confusing and hard to wrap my brain around. Especially as an adult.  I mean, it's kids who don't want to leave Disneyland,...not adults, right?!! So, as we departed,...I felt like my heart was ripped from my chest!
The same thing happened the first time (and each time since)that we've been to the Queen Mary Hotel in Long Beach.
That's how I feel ever single time I leave California.
ANY place in California.
It's like I'm not supposed to be leaving. And, when I do,...I feel like I'm leaving something or someone behind.
I absolutely hate leaving California and driving away - yet sometimes, I'm so ready to be home - just to escape that feeling.
It's a love / hate thing!  I love going,...hate leaving,...hate going back (because I am aware of emotions that may find their way in) But I absolutely love being there,...it's who I am,...strangely enough.  I'm 'home' when I'm there. Yet, I've never lived there.  Explain that.  It's so freakin' weird I tell you - so really weird how I feel when I'm there. I cannot explain it and if I tried to even attempt to tell others what I feel when I'm there,....well,..I'd totally be dragged off to the loony bin!
Okay - so I guess I just sorta told you all,...please don't drag my ass off to the loony bin just yet!!
Anyway, back to Sally's prompted.
It was to Reminisce.
Well, since I couldn't travel to California this week, and after thinking of all sorts of other things, I realized that there's one thing that stops me dead in my tracks!
It's a smell. The smell of Coppertone Sunscreen. 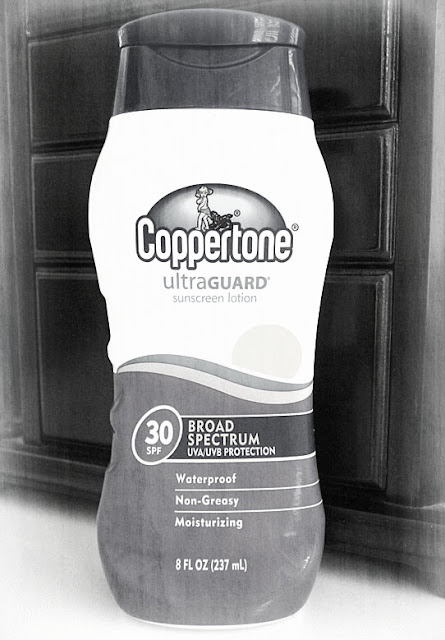 It's the one smell that if allowed, I would sniff all day!
(Oh man, I'm sure that's not good info to give out!)
But, it takes me back,...each and every time,...it takes me back to a place I love. To my childhood. To being in Disneyland with my Mom, my Dad and my Sister.
Funny, but I have no idea what so ever, if we ever even used it while we were there!
I so wish I had a picture of the four of us in Disneyland.
When I smell Coppertone, I see us all there.
To me it's Summer in California!
The Beach. The Water. The Waves.
Mickey and Minnie!
And that smell, for whatever reason, reminds me of my Malibu Barbie. 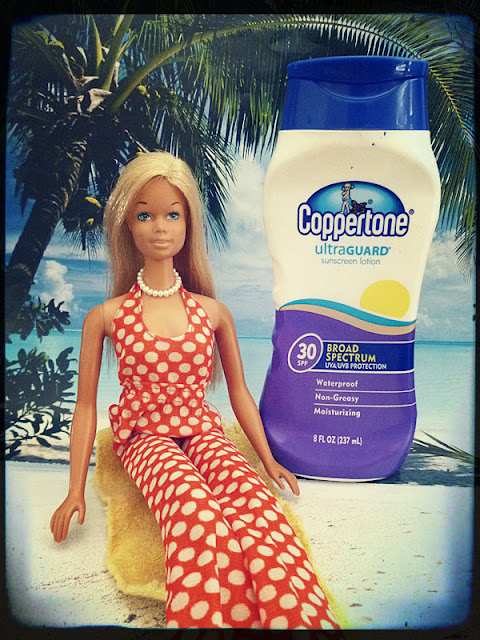 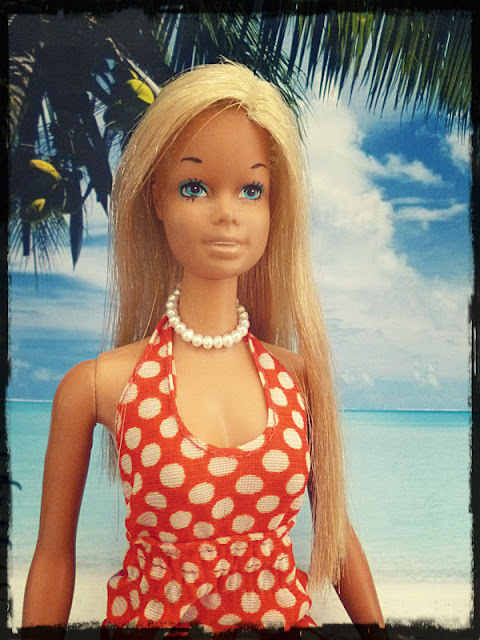 Of being a little girl.
Of walking on the beach.
Of being free,...like the ocean,....like the breeze,....
Of being in a moment that lives forever in your heart.
Of Childhood. 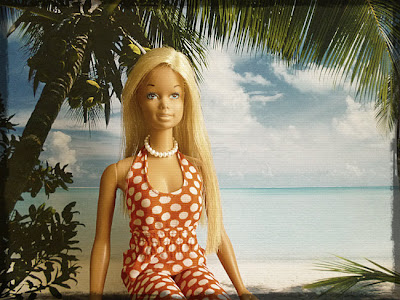 Until Next Time,
Peace, Love and Reminiscing.
Cheers,
~Shel!~

Please hop on over to The Studio Sublime and see what everyone else is Reminiscing about today!
Posted by Shel