Remember yesterday when I told you I was taking a "play day"?

Well, here's a look at what took place:

I played around with some copper and brass,....hammering, putting texture on metal, punches holes in things, wire wrapping and even dipping stuff in LOS - Stinky!!

Mike was out in the garage workshop area - melting stuff!

He's got this thing with melting pewter and making molds and cool stuff.

This is my work area of the garage compared to his.

I don't usually play with fire like he does.

When I do,...it's just small stuff. Or if I feel like some heat, I turn on the kiln (which isn't often).

Haven't seen one of these since the stone ages, huh?!

I traded our friend a 6 pack of beer for his first kiln he used with his dental business - I got the better end of the deal!  She's a trusty thing!

Even "Axl" (aka - the Masked Rider) was in on the fun.  Ever watch the t.v. show, In The Middle?  You know, Axl Heck, the no shirt wearing, walking around in his underwear, doesn't own a hairbrush, teenager?  Yep, that's pretty much our son too. Seen here in his 'Axl Costume' (un-masked)!

Their colors turned out really cool. Now I just have to seal them and then wipe them with some Ren. Wax.

And, I played with some of my gilder's paste from over at B'Sue's Boutiques, too - used it on some of her brass findings and also on some of my embossed Vintaj blanks.  Fun Stuff!

We played until later in the evening then fixed dinner and talked about our favorite part of the day. 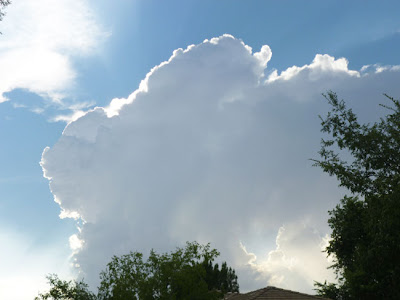 It was a beautiful, fun and wonderful day all around!

Hope you're all geared up for the week and that you took some time to play or relax this weekend!

Peace, Love and Getting Back To Work!