It's Week 13 for the Focus on Life series over at
The Studio Sublime. 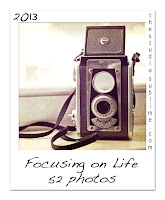 This week's prompt: Have Faith

And here's what Sally told us:

Faith is to believe what you do not see; the reward of this faith is to see what you believe. ~Augustine~

"There are many of us who are religious and there are many of us who are not, but most of us, religious or not, have faith in someone or something.  A faith that gets us through our day, a sickness or even a death. Faith is held by each of us; it is what keeps us believing that there will always be a positive outcome even if we can't see it at the time."
~~~~~~~~~~~~~
November 27th, 2007 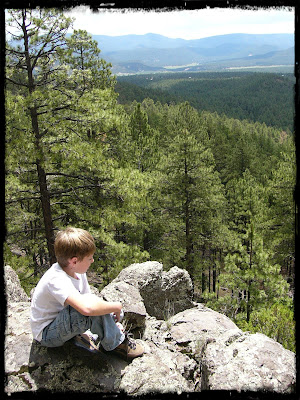 He was only 10 years old when he walked down the hallway of the hospital with his mother. As they rounded the corner she bent down and spoke quietly into his ear , "I'm not sure you're old enough to be in this section so if anyone asks, you're 12. Okay?"
"Okay, Mom."
Standing on the other side of the door was an orderly,
looking out as if waiting just for them.
He opened the door and pointed to the second door on the right. The woman looked at the nurse behind the ICU desk. The nurse, nodding the 'okay', gave them an almost apologetic smile as the young boy and his mother entered the room.

With tubes sticking out everywhere and his skin a light ash color, this wasn't the man the boy had seen that morning as he left for school.
"Dad?"
"Hi, son," the man whispered; his eyes barely opening.
"How ya doing, Dad?"
"I'm doing okay, son."
"Are you hurting?"
"Not really anymore. They've got me on some pretty heavy stuff."
"You gonna be okay?"
"Oh yes, I'm going to be fine son. It might be a while, but I'm going to be just fine, don't you worry."

When visiting hours were over and it was time to leave, the boy kissed his dad, told him he loved him and that he'd see him tomorrow.

As the mother and son said goodbye and walked out of the room, the nurse behind the desk looked at them with tears in her eyes and with another, even more apologetic smile, told them, "Good night."

The next day, the young boy went sadly to school and the woman returned to the hospital.
As she walked into the ICU ward she noticed the mood of the people behind the desk was different than the night before. There were smiles on their faces that morning.
"Oh, you're still here?", the woman asked the nurse.
"Yes. I'm here for about 30 more minutes," replied the nurse.
Entering her husband's room, the woman saw him sitting instead of laying. His color was returning and there was a
slight smile on his face.
"Hi Honey! Got my computer like I asked you?"
"Yep."
"Good."
I'm not really sure you're allowed to have it here with you."
"It'll be fine. I gotta get back to work and let my guys know what's going on and that things might be a bit slower coming out to them this week.  Can you tell the nurse that I need some more bottled water?"
The woman walked out into the hallway and asked for more bottled water.
"Oh my. He's already gone through all those bottles? We don't have anymore on the floor. I'll have to send someone to get more."
"Thank you."
"Last night was rather touchy," the nurse said. "I'm glad he's doing much better today. It's like a total turn around."
"I know, right?!"
"I got rather choked up as you were leaving with your son last night."
"I thought you looked really sad."
"We all thought that was the last time he was going to see his Dad."
"Really?"
"Yes."
"That thought crossed my mind too, for a minute anyway.  But then I realized that that just wouldn't be Mike," the woman said as she turned to walk back into the room where her husband was typing away on his computer.
Two days later the man was released from ICU.
A few months after recovering at home the doctors put a defibrilator in my hubby's chest (on Valentine's Day of all days!!) and to look at him now, well,....you'd never know he had a massive heart attack 5 years ago or that the staff at the hospital had little to no FAITH that he'd even make it through the first night.

Faith is believing in something when common sense tells you not to.  ~from the movie, "Miracle On 34th Street"
Mike just says that he was too stupid to believe otherwise.
;-)

I "Have Faith" and am grateful that there will be many more family photos just like this one!
Please stop by The Studio Sublime today and see all the other wonderful accounts and what happens when you


'Have Faith'.
Until Next Time,
Peace, Love and Blind Faith
Cheers,
~Shel~

**Thanks to all of you who have left comments on this post - it means the world to me!!
We're away camping this weekend in the desert and I wanted to be sure to let you all know how much I appreciate you taking the time to comment and for your thoughtful caring words!**

Sign up for our monthly LUSTER Newsletter so you don't miss out!