I'm having a huge "Blow-Out" Sale over in my MiShel Designs Etsy Store from now thru February 4th, 2014.
Every thing's 40% OFF when you use coupon code LOVE40 upon check out.
I'm closing up shop after the 4th for a stint in order to prepare for some other adventures coming my way this year and right now there's not much left in the shop, so get things while you can!
Everyone have a great week!!
Peace, Love and Happy Sales!
Cheers,
~Shel~
Posted by Shel 2 comments:

Please take a moment this holiday season while you're shopping to check out all the various handmade items that are being offered by so many talented artists.
One of the places you can find an abundance of amazing skill and talent along with some super cool gifts is here: 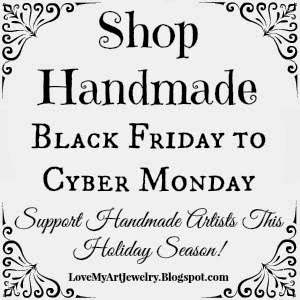 Shop Handmade HERE!
I'm participating in this line up along with some extremely talented artists and we'd be honored for you to purchase our wares to give to those you are shopping for this holiday season. 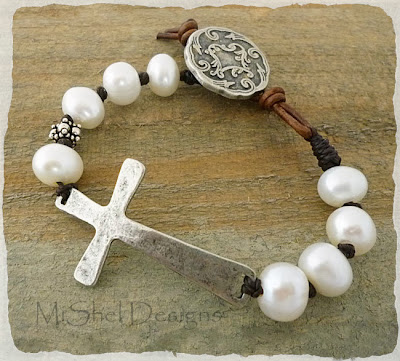 Some people are offering specials, so check each shop to see what's going on. There's a list of the participating shops at the bottom of this post for your convenience.
Just click on each photo to go to their shop.
In my MiShel Designs Etsy shop, I'm offering 20% OFF your total order from now through Monday, December 2nd, 2013 when you use Coupon Code "TURKEY20" upon check out with Etsy. 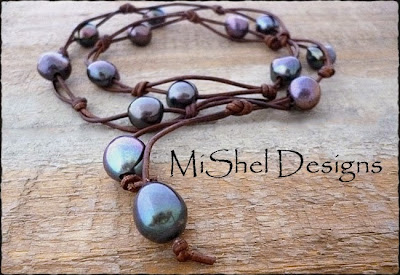 Click HERE to shop MiShel Designs on Etsy
It can be challenging for small businesses, especially the ones whose items are handcrafted, to compete with the deep discounts of the big box stores.  So while you may not see a ton of 50% off coupons or 'buy one, get one free' type of deals while shopping handmade this  holiday season, you will find unique, quality items that are priced fairly and support those who create for a living, keeping the arts alive. 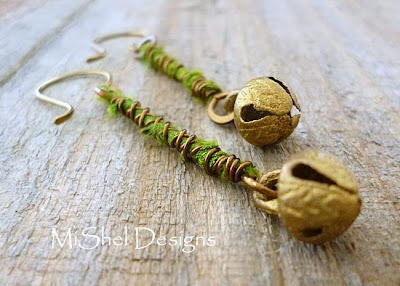 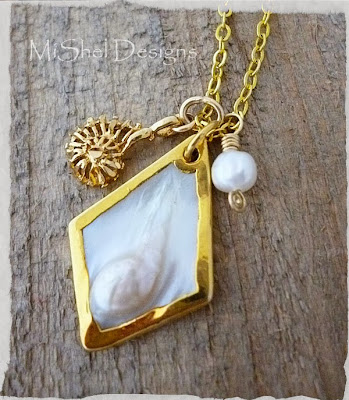 Thank you so much for shopping handmade!

It's the small things that count!
Until Next Time,
Peace, Love and Enjoying Handmade!
Cheers,
~Shel~ 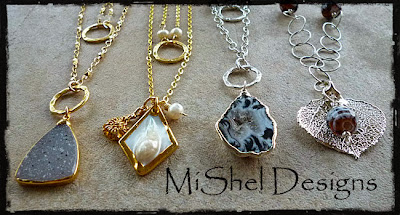 I'm having a Mother's Day sale over in my MiShel Designs Etsy shop this week. 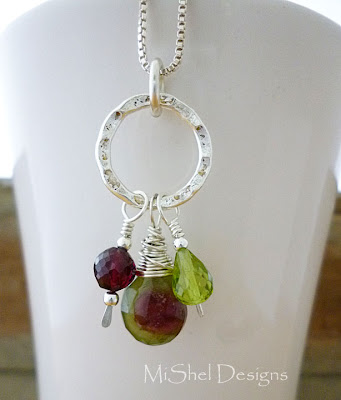 Upon check out, enter coupon code: MOM20 and save 20% OFF your total order! 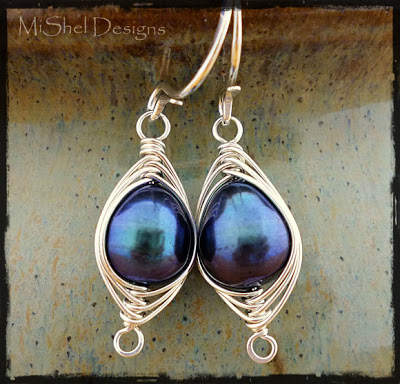 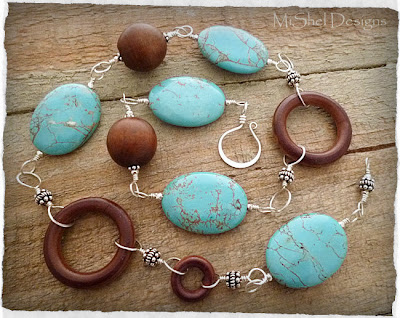 Until Next Time,
Peace, Love and Fun Savings! 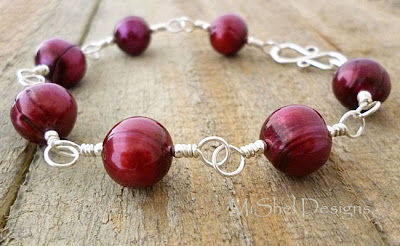 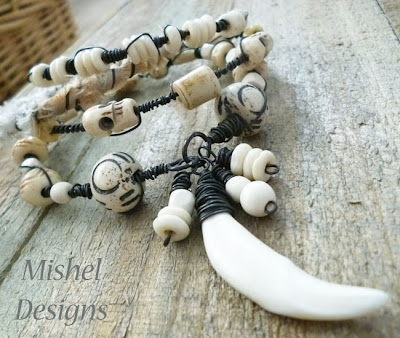 *Please Note:  Depending on when you order, your items may or may not arrive by Mother's Day, Sunday, May 12th, 2013.   All items will be mailed out with in 24 to 48 hours from the date of your paid in full order.  Thanks!!*
Posted by Shel 1 comment:

Hey There Gang!
I'm having a "March Madness Sale" over in my MiShel Designs Etsy Store. 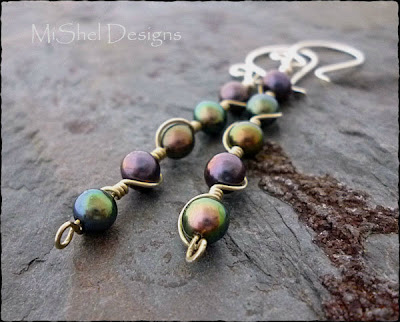 Enter Coupon Code MARCH20 and get
20% OFF your TOTAL ORDER
from now through March 31st. 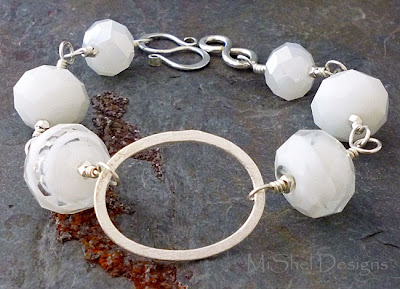 Have a great week everyone!
Until Next Time,
Peace, Love and Madness in March!!
Cheers,
~Shel~ 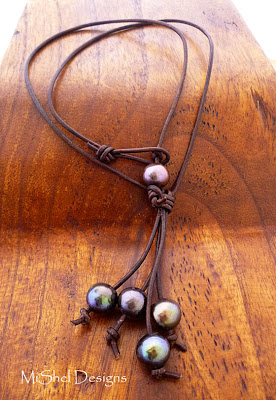 Posted by Shel No comments:

Well not officially, as that will happen later this month, but activity wise, school wise and in other ways, it's the
End of Summer!

It's so hard for me to grasp that Fall is basically upon us since the temperatures here in the desert are still over 100 and will remain this way for several more weeks.

﻿
﻿
Autumn is my favorite season. (Summer's second!)  The colors are amazing,...various yellows and oranges, deep reds, purples and browns - it's all so rich and colorful. (Not where I live, but in other places!)  Oh, and I just love seeing all the Autumn decorations, too - especially my sister's (Marsha Stewart's got nothing on my sis!). 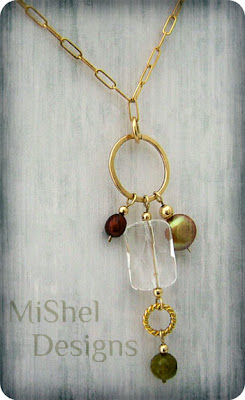 Maybe all the Fall decorations along with the great childhood memories, colors, smells, etc., are why I love designing jewelry with fall colors and motifs. Quite the palette for the imagination, isn't it?! 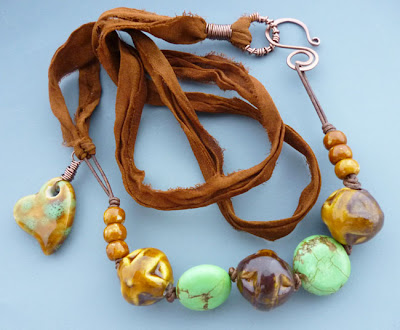 I'm going to be re-stocking my MiShel Designs Etsy Store with some new designs next month and today and tomorrow are the last two days to enjoy the huge saving with my "End of Summer" sale. 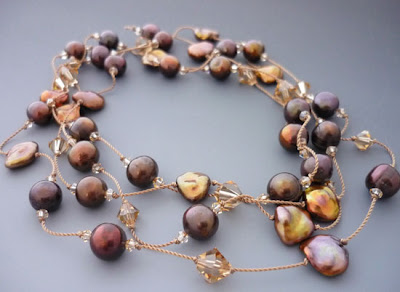 All the items in my MiShel Designs Etsy store are 45% off through the 7th, so hop on over and use coupon code ENDOFSUMMER45 upon check out for your super end of summer savings!! 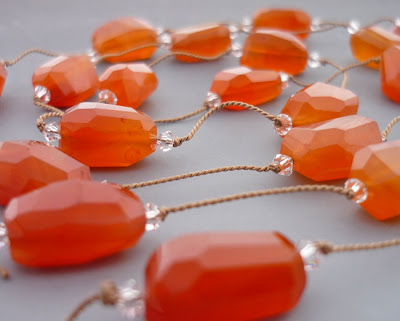 I was getting ready to put together another video tutorial, but I'm having some trouble with the quality and since the videos from my iphone and the flipshare are both pretty horrible, that will have to wait until I return from my vacation. (Sorry about that folks!!) 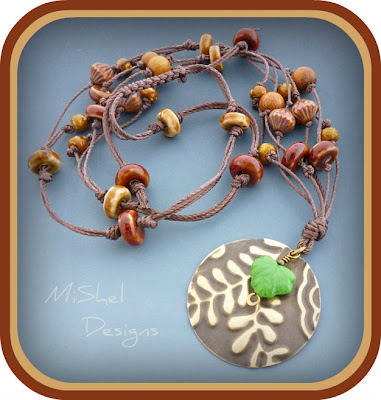 I mentioned a while back that I was going on vacation here soon.  Next week actually. I'm going to Italy with my sister and another friend.

We're meeting up with my brother-in-law in Venice before going over to Tuscany to stay in this very old, very cool farm house for a spell and then we'll make our way down to Rome for a short stay before returning home.

Sadly I will be going 'solo' so to speak. Meaning that the hubby and son will still be here at home, working and going to school.  That's the down side of owning our own business and not having employees and no one to turn things over to.

Oh, and another kicker,....I'll be in Italy over our 18th wedding anniversary!  Yep. Bad me. Mike says it's great because he doesn't have to plan anything (Italy's my present) and he and the 'masked rider' can sit home, order pizza and watch movies and just hang out at night - you know - guy stuff!
I'm going to be snapping away, getting as many pictures as possible. I will have my iphone but they've told me it won't work over in Italy (it's not the newer models), and I opted not to go pick up one of their International phones because I didn't want to carry it around along with my other one and all that good stuff. And now, after making that decision, they tell me that not just the cell phone part won't work, but my wi-fi features and all that good stuff won't work on it while I'm over there either.  (seriously??)
That's a real bummer as I was going to facetime my son and FB with he and the hubby while I was away to stay in touch.
My bro-in-law has a little tablet thingy we were going to use to use for facebook and stuff like that too, but I guess it took a nose dive onto a tile floor and fell to it's death. So, I'm going to just get a calling card and be completely and utterly unplugged for two weeks.
Yep - that's gonna be really weird!
And, I was getting ready to do another give-a-way too, but my tutorial (it was a tutorial with a kit) isn't exactly as I want it to be either and so this too is going to have to wait until I return.
I despise putting things off - turns my stomach - but I guess sometimes you just have to realize there's only so much you can do and just deal with it.
But, as a more positive way to look at it, it's something I have to look forward to when I return at the end of the month, isn't it? Yeppers,...that's the way to see things!!
So, once I leave, there will be 'radio silence' here on the blog for a few weeks. (Me, silent?! Ha! That's a good one!!)
How about some Autumn Inspiration for the moment,....

Until Next Time,
Peace, Love and Seasonal Change!
Cheers,
~Shel~