Everyone who knows me personally knows I'm a huge Jesse Cook fan - I love his music and rave about him all the time!

Jesse's the most amazing acoustic guitarist I've ever seen.
His music is referred to as "Flamenco Rumba" and then kind of Jesse's own style mixed in,...amazing stuff!

One of my favorites is Havana, off the Frontiers CD, but the video link I have here is one Jesse put together himself while on tour and it's really fantastic.
I've seen him in concert 5 times and I've dragged my hubby and son along with me at least 4 times and even had him autograph my son's guitar one year.

I listen to his music all the time when I'm creating jewelry. You could call it my 'go-to' music. It's there, with this rhythm that just moves me and speaks to my soul.

At one concert, a woman got up on stage dressed in what appeared to be a belly dance costume and started dancing. We thought it was part of the show but she turned out to be just an avid fan! 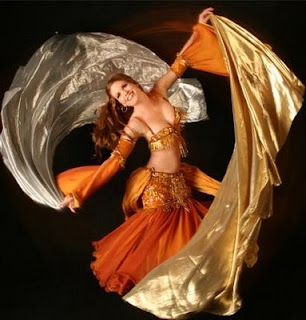 The first time I ordered tickets to see him the conversation with the ticket guy went something like this:

I got seats close enough to see his hands!
Well, only during the slow parts. His hands move so fast on some songs they're just a blur,....seriously!!

George Benson (!!!) was in the audience that night too and Jesse played so hard he broke a guitar string and didn't even miss a note!  It was incredible!

Our friends emailed me a couple of weeks back that they want to meet up again this coming March in Wickenburg for Jesse's next visit to Arizona - sweet! And since the concert's really close to my birthday I'm hopeful I'll be able to pull off getting to attend again!

So, on my bead table today are these earrings from yesterday (it rained all day,...rather dark,...can you tell by the earrings?)

I've got a few other things waiting around to be put together as well.

What do you listen to when you create?  What kind of music motivates you? Do you like just 'filter' noise or do you design around the style of music you have on?

You'd think that listening to the type of music I do,...Flamenco Rumba, Jazz, Blues, Rock, etc. that my designs would have a bit more color. I guess the weather was a big influence yesterday.

I've been listening to The Wanted for the past several months too - they're kinda 'bubble-gum' as my son puts it - but hey, I like that flavor. It goes well with hot, spicy Rumba!! ;-)