For the month of September our theme for the Focus on Life:2014 weekly photography challenge is:

and this week, week 37,
Sally gave us this topic: 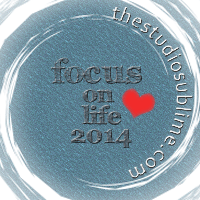 The windows on the tree house are pretty special. They are some of the windows from Grandma Emma's original cabin that was built in the 1950's up near my sister and brother-in-law's cabin.

Despite the fact that, due to it's size, there were relatively few structures lost during Arizona's largest wildfire to date - the 2011 Wallow Fire - Grandma Emma's was one of the few cabins that burned completely to the ground.

The only thing left was the fireplace.

At least that's what we thought at first.

And then we all remembered that the tree house windows belonged to the original cabin.

So, they not only provide a view,
they also provide a 'window to the past'.

Let's see what other windows every one else has captured this week.

Until Next Time,
Peace, Love and Window Happiness!
Cheers,
~Shel~


An InLinkz Link-up
Posted by Shel