It's week 45 (Holy Cow Smokes Batman, where has the year gone?!) for the Focusing on Life: 52 Photos weekly challenge hosted by the talented Sally Russick over at
The Studio Sublime. 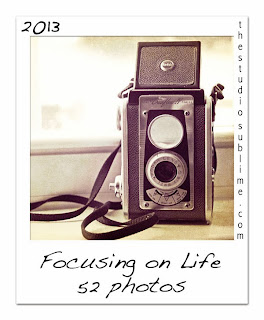 Our prompt this week was:
Industrial Photography:  It's amazing how something perceived as cold and whose purpose is to perform a function can have a beautiful soul."
Well, this got me thinking - as our weekly prompts always do.
On Halloween, our son (aka - the Masked Rider) took a pretty good spill on his motorbike while taking it for a spin around the block here in our subdivision. I was at the grocery store when this happened and, long story fairly short,...here's the gist of it.
Normally, the "Masked Rider" looks like this when he rides his dirt bike (even around the block, pretty much!): 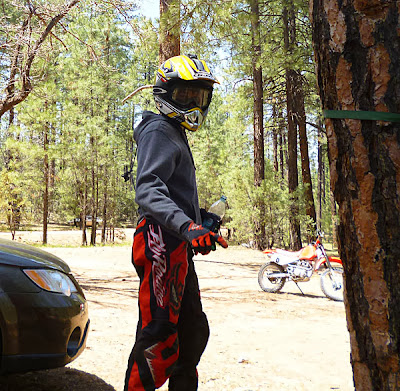 This day, he was dressed like this:
And this is what happened when he decided the street would look better paved with his skin than with the asphalt that was already there,....
Nope - not a pretty sight.
Didn't feel too good either according to Logan.
Lesson learned: always wear your helmet, NO MATTER WHAT!!  And gloves, a long sleeve shirt and some pants couldn't hurt, either! :-)
We're the luckiest and most grateful parents on the planet that he didn't hit his head (which didn't have a helmet on it and although it's pretty hard, it's not that hard!!) and that this didn't turn out worse than it did.
But, I thought about what Sally said in her prompt. How something cold and 'industrial' (if you will) can have a beautiful soul.
Well, 'Scrape' as he's now referred to, is chomping at the bit to get back on his bike and ride. To him, it has a soul. It's beautiful in his eyes.  (it's his fault he biffed it he said, not the bike's fault)
So, here's a piece of 'soul' from his bike:
And yes, he's doing fine - thanks to all of you who follow me on facebook and sent well wishes. They were greatly appreciated!
Then there's this. This definitely has a soul. And, it's back in use. It's the water line from Grandma Emma's cabin that burned in the Wallow Fire a few summers back.
Now, it's back up and running to the new cabin that's being put in close to where Grandma's was!
How beautiful is that?!
Not exactly sure if these are considered 'Industrial' photos or not, but I thought this was a very cool prompt this week Sally - I'm looking at things in a totally different manner than before and am excited to see what every one's going to post this weekend.
I'm prepping for a show tomorrow, so I may not get to every one's posts until next week - sorry about that!!
Now, hop around today and see what other beautiful, industrial souls were found this week!
Until Next Time,
Peace, Love and Feeling Blessed!
Cheers,
~Shel~
Posted by Shel 19 comments:

"Whoa-oh, we're halfway there,...Whoa-oh,....Livin' on a Prayer!"
The words to this Bon Jovi song have been going through my head all week.
So appropriate too, considering we're halfway through the year at week 26 with the Focus on Life: 52 Photos weekly photo challenge with Sally over at The Studio Sublime!
Wow,...times flies, eh?!
For week 26 of the Focusing on Life: 52 Photos challenge, Sally's prompt was this:
Your Choice!  This week you get to choose. Pick your own prompt!
Wow,...the possibilities truly are endless with this one, are they not?
I chose to snap a pic of my son next to this metal statue in this little town not too far from my sis's cabin.
Despite the fact that the "Masked Rider" (pictured here with out his helmet) pretty much hates having his picture taken, he thought this statue was really cool - considering the subject matter. 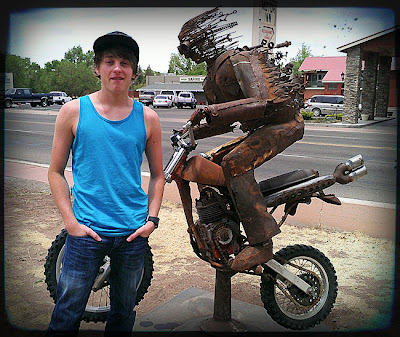 This or That Thursday!

Traveled just outside of Payson this past weekend to get out of the heat and let the "Masked Rider" enjoy his motor bike.

We went to one of the trails listed in this book.


Yep,...that's a huge-ass crystal
that was just laying on the ground.

It's basically the size of my loupe!

The spot is called Diamond Point for a reason!!

The hubby and son had some fun!

Saw lots of ants all over the place - even on these little flowers.

Had fun snapping some pictures and sitting in the hammock drinking one of these.

It was a lovely day! 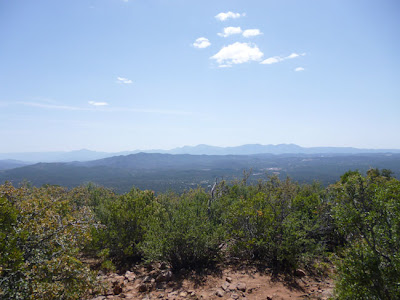 Arizona is truly a beautiful place! 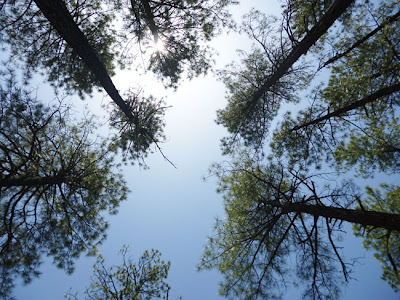 Linking up with This or That Thursday over on
Deb Duty Photography today. 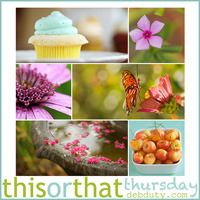 Peace, Love and Fun Times with the Family!